Read travel tips for Kyiv tours from our amazing community of BLACK AND BROWN TRAVELERS that will help you find some of the best places to visit in Kyiv, Ukraine.Our variety of travel tips will definitely help you plan your next trip. Our tips range from best places to visit in Kyiv, Ukraine, affordability, nightlife, local food, where to stay and even what it is like Traveling While Black. Lastly, we are working diligently to create a comprehensive city guide for Kyiv tours. Stay tuned! But in the meantime, scroll down to read tips below!

Posted in Europe and Ukraine 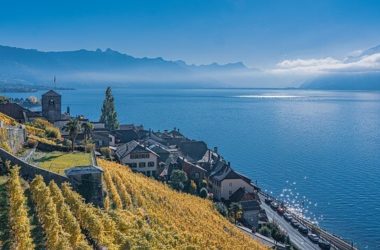 ** GENEVA, SWITZERLAND ** Read travel tips for Geneva, Switzerland from our amazing community of BLACK AND BROWN TRAVELERS that will help you find some of the… Read more…

** VIENNA, AUSTRIA TOURS ** Read travel tips for Vienna, Austria from our amazing community of BLACK AND BROWN TRAVELERS that will help you find some of… Read more…

** TOULOUSE, FRANCE ** Read travel tips for Toulouse, France from our amazing community of BLACK AND BROWN TRAVELERS that will help you find some of the… Read more…

BOOK TRIP
Help Support US by Booking with Our Partners Below
Hotels:
Hotels: