Read travel tips for Bahrain from our amazing community of BLACK AND BROWN TRAVELERS that will help you find some of the best places to visit in Bahrain .Our variety of travel tips will definitely help you plan your next trip. Our tips range from best places to visit in Bahrain , affordability, nightlife, local food, where to stay and even what it is like Traveling While Black. Lastly, we are working diligently to create a comprehensive city guide for Bahrain. Stay tuned! But in the meantime, scroll down to read tips below!

1) Read City Reviews Left By Our Members – Although we do not have comprehensive guides created for this city quite yet, members of our community can still share their experiences in the form of city reviews. Scroll below to see what they are saying about this city.

4)Existing City Guides – Check out the below city guides to inspire your next trip. Some guides require membership so Register today (don’t worry it is free99).

PS – Drop Us a Line – If you really want the creation of a city guide or maybe we are missing a city that you would like to review, send an email to newcity@greenbookglobal.com and let us know. Also, if there aren’t any reviews for this city yet, go ahead and be the first!!

Posted in Asia and Kingdom of Bahrain

** DUBAI, UAE TOURS ** Read travel tips for Dubai from our amazing community of BLACK AND BROWN TRAVELERS that will help you find some of the… Read more…

** AGRA TOURS, INDIA ** Read travel tips for AGRA from our amazing community of BLACK AND BROWN TRAVELERS that will help you find some of the… Read more… 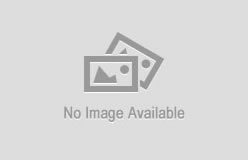 BOOK TRIP
Help Support US by Booking with Our Partners Below
Hotels: